ARCO’s day to day activities are run by its Executive Team. Nick Sanderson is founder and CEO of Audley Group the UK’s largest developer and operator of luxury retirement villages. In the early nineties he created Audley to develop a portfolio of private retirement villages. The first two award winning schemes were in Tunbridge Wells and Harrogate. In 2008 he formed a partnership with Moorfield Group.

Audley now has 20 schemes in its programme with nearly 1800 units. The company has over 2000 customers and over 650 staff. In the Spring of 2016, Audley launched Mayfield Villages to provide the Audley offer at a more affordable price, the first village is being developed in Watford.
Nick is a regular speaker at national and international conferences and a contributor to several publications. He has acted as an advisor to public and private sector organisations. As CEO of Anchor, the largest provider of housing and care for older people serving 65,000 customers across England, Jane was a founder member of ARCO.  Across 30 years in the ageing sector Jane developed, led and operated a variety of care and housing models, including early IRC’s in the UK.

She has qualifications in governance and human resources, and held executive roles with Bromford Housing, Bupa and Anchor and non executive roles with Care England and the National Housing Federation before moving to a portfolio career in August 2022, working as a Chair and exec coach with a range of businesses.

Jane has contributed to policy development, reports and commissions in the sector, has visited IRCs in Australia, Singapore and Europe, and spoken widely at conferences, seminars and workshops. She was awarded a CBE for services to older people in the 2013 New Year Honours. Michael is a leading national expert on older people’s housing and social care, and a frequent media commentator on both the economic and political framework for housing-with-care in the UK.

He has overseen ARCO’s work to represent and champion the housing-with-care sector since its inception in 2013, taking the organisation from a team of one to a diverse outfit that sets rigorous standards for the sector, runs high-quality events, and influences and shapes key government policy.

Michael frequently speaks at conferences in the UK and abroad, and has served on numerous advisory bodies, commissions and committees with a special focus on social care/policy, housing and ageing. 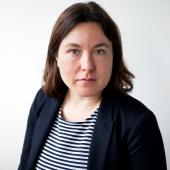 Sally Ireland is a barrister and as Director of Legal and Compliance at ARCO, she oversees ARCO’s regulation of Integrated Retirement Communities in addition to leading ARCO’s work to develop the law to allow for further expansion of the sector. She also supports the Board as ARCO’s Company Secretary.

Sally has practised in public and social care law in addition to working in policy and law reform in relation to regulated settings. Her degrees are in Law from the University of Cambridge and LLM from the London School of Economics and Political Science. Sally is a trustee of Age UK East Sussex. 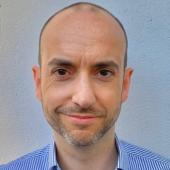 James joins us from education charity AQA, where he was Head of Policy and Public Affairs, and has great experience at the highest levels of politics and in the social care sector, having worked as a Senior Advisor to the Prime Minister’s Strategy Unit and an Independent Advisor to the Opposition on cross-party social care talks, and for organisations including the International Longevity Centre – UK and Social Market Foundation. 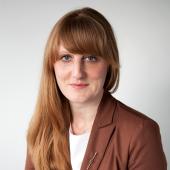 Katie joined ARCO back in January 2019 and now works as part of the Executive team to oversee ARCO's membership and operational functions including the year-round events programme, web presence and internal systems, and delivery of the ARCO Annual Conference.

Katie has a deep understanding of ARCO’s mission, membership and processes and works to continually improve these as the sector and organisation grows. 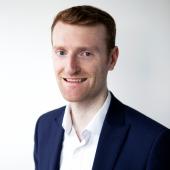 John was previously the Business Network Manager at the British Chambers of Commerce, where he was responsible for accreditation, complaints and stakeholder engagement. John has a BA in Politics and International Relations from the University of Leicester. 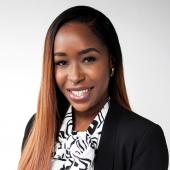 As Partnerships Manager, Tade works closely with the Executive team to deliver ARCO's member and partnership programme, building relationships with key stakeholders across the sector.

Tade has an entrepreneurial background with further experience in events and project management developed both at home and abroad. 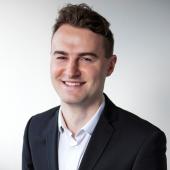 As Policy & External Affairs Manager, Sam plays a key role in making the case for a stronger Integrated Retirement Community sector among politicians, civil servants and other stakeholders, as well as developing ARCO's thought leadership work and media presence.

Sam joined ARCO from social integration charity The Challenge, where he focused on policy and public affairs, and led work on an inquiry into healing generational divides in partnership with the parliamentary group on social integration. In addition to his work at ARCO, Sam is a councillor in Southwark, and sits on the council's Health and Social Care Commission. 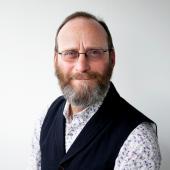 Ross Godwin joined ARCO in October 2019 as Finance and Business Manager, with responsibility for maintaining ARCO’s financial and statutory records.

Ross is a highly experienced and qualified finance professional, with over 30 years experience working for a diverse range of organisations, including Marsh & McLennan Companies and Smith & Williamson. He is also a trustee of the Charles Godwin Charitable Trust which helps those in need and, in particular, the young and elderly. 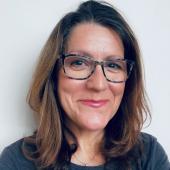 Maria joined ARCO in May 2021 to provide administrative support to the Membership, Events and Operations Teams, to ensure processes work effectively and deliver a high level of service to our Members, Partners and Affiliates.

Maria is an accomplished client services manager with a successful background in commercial project management and cross functional collaboration. Maria has a Bachelor of Science Degree in Social Work. 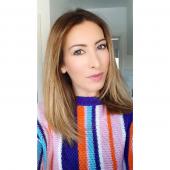 Natasha has worked with ARCO since October 2018 and joined us officially in February 2019 as our Executive Assistant. Natasha provides executive administration support to the ARCO team ensuring that busy calendars and meeting schedules run smoothly and assisting with events and projects.

Natasha has a wealth of experience in all aspects of Executive support, Events and Project Management.

ARCO's Board of Directors, Steering Group and Standards Committee

ARCO is governed by a Board of Directors, with a Steering Group of Directors overseeing ARCO’s day to day activities, led by a Chair and Vice-Chair.

This is alongside the Standards Committee which oversees ARCO’s Standards and Compliance programme, including the ARCO Consumer Code.